Port Grimaud began to rise out of the sand dunes around the marshes of the river Giscle on the north shore of the Golfe de Saint-Tropez in 1966. This extraordinary architectural experiment was the idea of François Spoerry who envisioned a town built in the manner of Venice with channels of water and traditional French fisherman’s houses, each with a personal boat mooring space at the end of the garden.

Port Grimaud today is a charming village with an extended development history  encompassing attractive Provençal-style houses on a network of canals.  The houses are designed to be individually different, painted with soft pastel colours of ochre, pink and turquoise and feature shutters with wrought iron balconies with roofs of terracotta Roman tiles.

Known as the ‘Venice of Provence’ and arranged into four little islands, the colourful houses are linked by bridges over the waterways and surrounded by gardens.   Despite initial controversy concerning the concept of a marine village constructed with ‘faux Provencal’ architecture, after several decades the buildings have aged well and the result has been very successful. 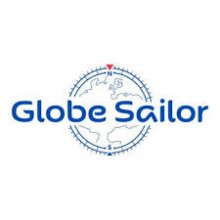