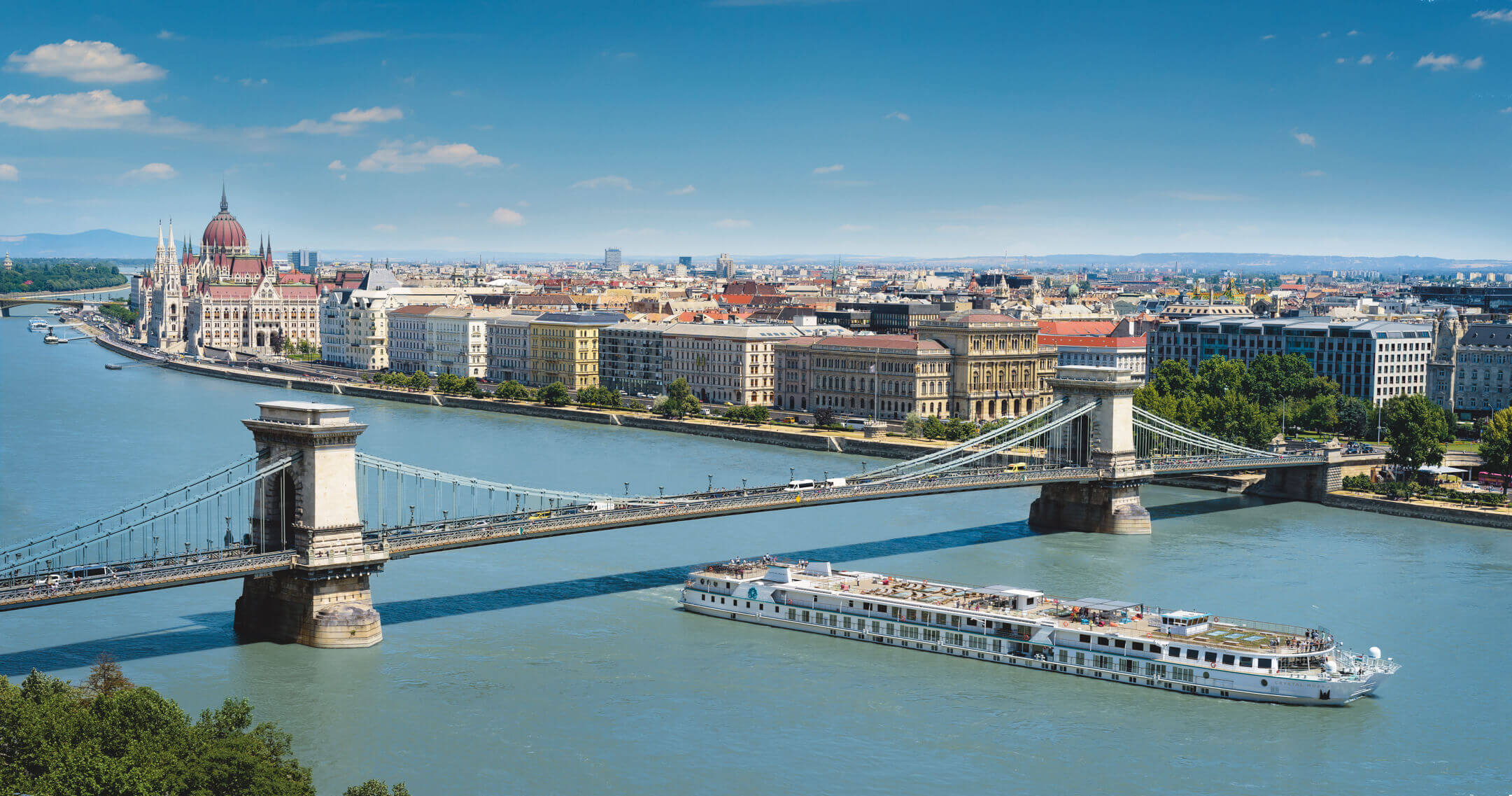 The completion of the canal spawned grand cruise itineraries from Amsterdam to Budapest — and beyond. An engineering marvel, the 106-mile Main-Danube Canal permits modern-day vessels to travel from the North Sea to the Black Sea, opening up more than 2,200 miles of river and exposing today’s travelers to life along the banks.

Tributaries and smaller rivers flow into the main arteries to provide additional opportunities not only to reach deep into the heart of the Continent but also to explore some of its more remote regions.

The opening of the canal also meant that no longer would travelers need to sit with their noses pressed against the windows of busses as they moved from one destination to the next. Instead, travelers admire the scenery from the ship’s sun deck as they are transported along with their accommodations.

River cruising emerged to introduce an entirely new concept to Europe: that of floating hotels that journey between destinations. In its simplest form, a river cruiser is nothing more than a barge with a hotel on top.

The Benefits of River Cruising.

For many travelers, the slow chug along the river is just the right pace for getting the lay of the land. Sitting on the top deck of a ship under brilliant blue skies, you gaze on fabled landscapes dotted with castles, villages and vineyards. A flight of stairs down, and you have all the amenities of a modern hotel — restaurants, bars, lounges, fitness facilities, spas, internet access and comfortable staterooms.

River cruises offer opportunities to step ashore in fairy tale towns and fabled cities. Immerse yourself in contemporary culture, and learn something about the history of the towns along the Continent’s greatest rivers.

The season runs March through the end of December, beginning with Tulip Time Cruises in Benelux countries and ending with Christmas Market Cruises in Hungary, Austria, and Germany.

The majority of itineraries are seven nights, though longer cruises are available. Book one year in advance, if possible, and consider cruising March through May or September through December, when the crowds are thinner and airfares may be more reasonably priced than during peak periods.

River cruising is perfect for those who want a relaxed grand tour of Europe and for cruisers who want to explore Europe beyond the coastline. River cruising presents the grandeur and charm of Europe as well as the indelible landscapes that inspired Europe’s great artists. Few things in life can beat the views of Europe over the ripples of Continent’s rivers.